A graffiti artist sues a major car company after a photographer features his mural in an ad campaign. A federal judge rules on whether tattoos can be featured in video games or whether they’re the intellectual property of the artist. Another artist finds his work unexpectedly featured in a Super Bowl ad and ends up suing for copyright infringement.

These are just a few of the headlines that have crossed our screens in recent years. Intellectual property law is constantly evolving, and commercial stock photography is growing with it. It’s easy to accidentally include copyrighted elements in your pictures—even if you don’t know you’ve done it—but platforms like 500px and its distributors make it just as easy for photographers to recognize and solve these issues before they happen.

“One of the most common reasons for a photo to be declined from Licensing is because of copyright or IP issues,” the 500px Content Team tells us. Here are our top tips for how to navigate the world of commercial photography, get your images accepted to Licensing, and create in-demand content without running into any potential problems.

Tip #1: Do your research

In commercial photography, it’s better to be safe than sorry, so before any shoot, check to make sure the setting and the items you plan to include are not protected by copyright. We’ve recommended the Getty Images Intellectual Property Wiki before, and it’s a good place to start when conceptualizing a photoshoot.

Just as you would check for major buildings and locations, you should be checking for details in your house or on-set. You’ll find that some things you might not even consider—like Fender guitars, Vans shoes, and Peeps or Licorice Allsorts (yes, the candy)—are protected and not acceptable in photos intended for commercial use.

It might be impossible to avoid branded props entirely, but there are ways to work around these pitfalls. If, for example, you’re using a bottle of shampoo, you can find ways to ensure the logo or any recognizable design details are obscured in your photos. Sometimes, placing tape over a logo or protected detail in the background can do the trick, and this can be done before the shoot. 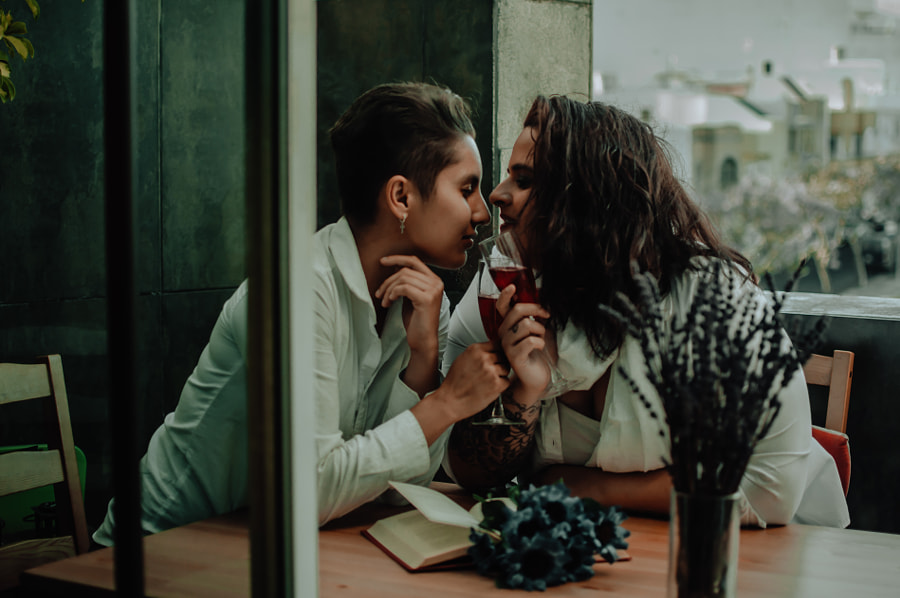 If you plan to feature artwork, whether it’s a sculpture, a painting, an illustration, patterned wallpaper, or a print on the wall, get a release signed by the artist first—or crop it or make it unrecognizable using a shallow depth of field. Even if these items are in the background and not the main focus of your images, they’ll need a release as long as the artist would be able to recognize them. We’ve also seen photographers incorporate their own artwork into their shoots to avoid this issue; that way, they can just sign the release and call it a day. Some of the most common issues come from buttons and interfaces on computers, phones, or other devices, so cover them up with tape or have your model place their hand over any identifiable details. Another solution can be focusing not only on the tech itself but on the people using it; with lifestyle images, where technology is just one part of a larger scene, it’s easier to obscure problematic elements.

“With laptops and computers, even the ports can be specific to each brand, as well as the command keys,” the Content Team explains. “With smartphones, the side buttons and camera (both front and back-facing) placement are identifiable features that can also be an IP issue.”

Similarly, if you’re shooting in or around a car, only include the most generic portions of the vehicle—nothing that gives away the brand or manufacturer. Dashboards, lights, emblems, stereos, and handles can all fall into the “no-go” category. 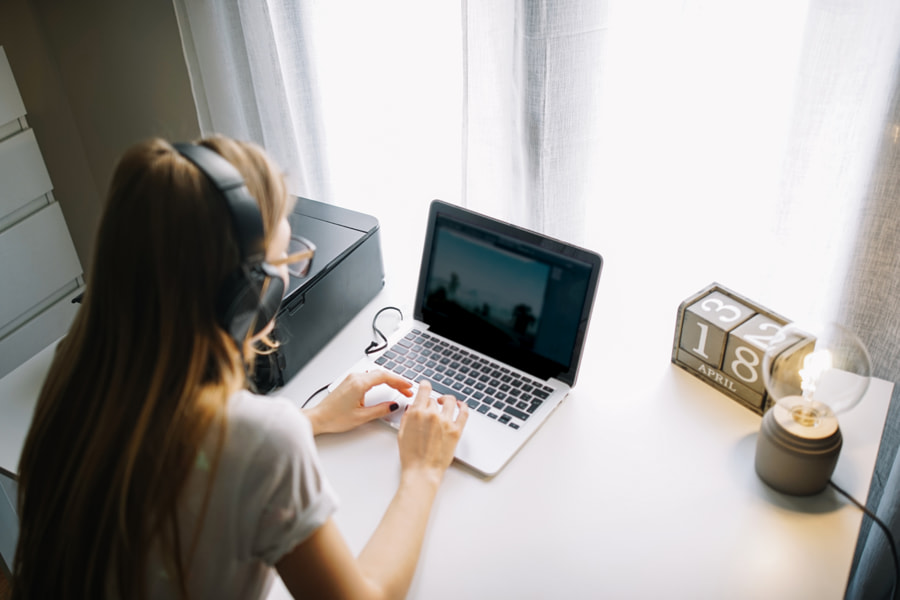 Your models won’t know the intellectual property rules as well as you do, so go through their wardrobe in detail before the shoot. In addition to helping them choose garments that go with the concept and theme of the session, remind them to steer clear of clothing with visible logos.

“Always be aware of what the model is wearing, including clothing, shoes, and accessories,” the Content Team suggests. “Even just the subtle presence of a camouflage pattern can make a photo unlicensable.” Camouflage comes up so often, in fact, that we recently dedicated an article to the subject.

Graphic tees are also best avoided, as these patterns and designs can qualify as the intellectual property of the artist. Disney characters and costumes? Also off the table. Simple, plain clothing without patterns or logos work best. As previously mentioned, tattoos can also pose problems, so either leave them out or cover them with makeup before the shoot. In some situations, posing can also obscure problematic details like a small tattoo or logo. 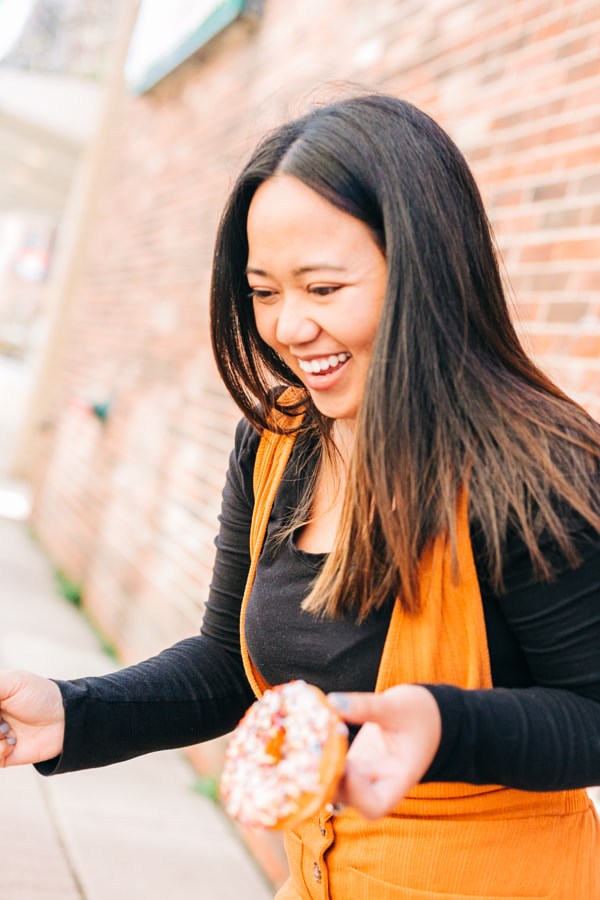 Post-processing can be a life-saver in commercial photography, especially if the intellectual property issue you’re dealing with is minor. One of the most common examples is the Adidas three-stripe logo, which can easily be edited down to two in a pinch, though we’ve also seen photographers do super creative things with car logos as well.

Still, this kind of fix is best reserved for situations where it can’t be avoided, like after you’ve already taken the photos. For the most part, try to address and solve these issues on-set rather than at the computer; it takes far less time to cover a logo with tape than it does to edit it out of an image. If you’re submitting dozens of images, those hours add up quickly.

Of course, there’s also no guarantee that you’ll be able to “fix it in post” if you don’t get it right in-camera. While some photos with intellectual property problems can be resubmitted after being edited, some aren’t salvageable, especially if they prominently feature a copyrighted detail. “Removing issues in post-production can often be more difficult than expected and can result in distorted or obviously edited photos,” the Content Team explains.

The bottom line: think ahead. Once you get into the habit of checking your locations and sweeping your sets for potential roadblocks, it’ll become second-nature. If you’re collaborating with stylists, models, and interior designers, it can help to send them a clear list of dos and don’ts as they prepare for the session. With a little foresight, research, and creativity, it’s quick and easy to avoid the disappointment of having a great photo declined due to copyright issues.

The post How to avoid copyright and IP issues in commercial photography appeared first on 500px.